Award-winning Tejano singer Jay Perez is known by his fans as “The Voice,” the purveyor of a warm, honeyed, multi-octave baritone. His recordings exist in a slipstream between vintage Tejano and conjunto, country music, and smooth soul. (His readings of Billy Paul‘s “Me & Mrs. Jones” and a lovers rock reggae read of Marvin Gaye‘s “Let’s Get It On” set a standard by which other singers are still judged.) After stints with the Latin Breed and David Lee Garza during the late ’80s and early ’90s, he hit the charts in 1994 as a solo artist with Steel Rain, his second album for Sony Discos. In Tejano, Perez owned the final decade of the last century. Between 1994 and 1996 he hit the Top Latin Songs charts five times with his singles including “Ven a Mi,” and “Lo Que Yo Tengo.” His albums from the era, including 1995’s The Voice and 1998’s Toda Mi Vida traveled to the upper rungs of the Latin and Mexican Regional charts. Perez‘s success continued in the aughts: he won Male Vocalist of the Year seven times between 2000 and 2008. He won again in 2010, and that year took home the coveted Male Vocalist of the Decade Award. Perez continues to tour and record, always remaining accessible to fans. In 2016 his Un Amigo Tendras placed inside the Top 20 and was nominated for a Latin Grammy Award — his third nomination.

Born in San Antonio in 1963, Perez grew up poor. He and his three siblings, were raised by his divorced mother in a housing project on St. Christopher Street. She worked two jobs. Perez was the oldest; he learned familial responsibility early. As a child his first real musical love was soul. He sang Jackson 5 and Stevie Wonder songs around the house; his mother noticed the quality of his high-pitched voice and supported him.

She enrolled him in city-wide after-school creative arts program funded by Bexar County that was designed to keep poor kids off the street. Almost right away, the young Perez approached the teen leader of a well known local band and told him he wanted to be their singer. When the teenager asked for proof, he auditioned a capella on the spot. He got the gig. Perez sang so loudly the band didn’t need a PA system. The youngster took first place in his public debut at a talent contest while in elementary school. The older teen exposed him to the music and arrangements of Quincy Jones and Earth Wind & Fire, taught him to harmonize and sing lead in a group setting. Along the way he learned to play drums and joined Mysterio Band with Albert Castaneda at 15 behind the kit.

Confident in his singing abilities, his bandmates promoted him. Saxophonist Oscar Montemayor (of David Lee Garza y los Musicales) asked him to sing a song for him. Impressed by what he heard, the musician got Perez an audition with the Latin Breed. Perez showed up expecting to sit behind a drum set. That made Latin Breed drummer Richard Soliz laugh, there was only a microphone on the stage. He stayed with group for about a year, and freelanced for a time before auditioning for David Lee Garza y los Musicales. He got the job and fronted the band for two-and-a- half years He made his recorded debut with the group on 1991’s Con El Tiempo. Perez won a solo deal with Sony Discos in 1993 while still a member of Garza‘s outfit. His freshman solo outing album Te Llevo En Mi ‎made the charts, but his followup 1994’s Steel Rain, wit hits three charting singles was a stone cold hit. Perez was suddenly able to hire the best musicians in Tejano to back him, and did. He hit the road, playing the American Southwest club and festival circuits relentlessly. He appeared on television and radio, and worked in the studio. The remainder of his albums during the decade– The Voice (1995), No Limits (1996), Toda Ma Vida (1998) and Siempre Contigo (1999), all charted; they sold hundreds of thousands of copies. 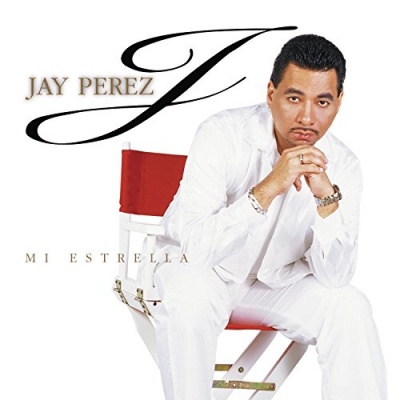 As successful as the 1990s had been, the new century offered more opportunities and Perez and his group–whom he unabashedly called “the Band”– and did award-winning work, while remaining a major presence on regional radio. 2000’s kick-off set Mi Estrella, won him the first of his Tejano Awards as Male Vocalist of the Year. 2001’s De Mi Cora-Soul, a brave experiment in jazzy R&B and light funk confused fans and radio. (It was one of only two annual cycles that decade where Perez didn’t win the Male Vocalist prize.) But the release did exposed him to a new generation of listeners at African American stations in Texas and Arizona. Eventually critics embraced this work as innovative as it broke down genre barriers and changed the direction of Perez’s career. Though it didn’t chart, his last album for Sony Discos, 2002’s Hombre En La Luna, peaked at 27 on Top Latin Albums list, restored his place at the Tejano Awards, and won him a Grammy nomination.

Perez started his own La Voice label to release Mi Destino. While it didn’t make the national charts, it got plenty of airplay regionally and was greeted warmly by critics. He followed it with a Christmas set the next year. 2006’s All of Me, was released by Chris Leick’s Tejas Records, a scappy independent with excellent distribution. The record won Best Album Of The Year at the Tejano Awards, with Perez again the recipient of the prize as the year’s best male vocalist. In 2008 Perez issued La Voz 2008. It didn’t chart either, but his version of the New Orleans soul classic “Tell It Like It Is,” made radio playlists on both sides of the border. 2011’s Voice of Authority though favorably reviewed, didn’t chart. New Horizons issued in 2012 rebounded to land well inside the Top 20 at Top Latin Albums. It was the last studio album from Perez for several years. In 2014, Anthology: Back In The Day, an excellent compendium of singles and rarities, peaked at 41 on the Top Latin Albums list.

Perez spent the next several years performing in Texas, northern Mexico, and across the American Southwest. Several compilations and live albums were released on various labels in his absence. In the spring of 2019, returned with the single in “Contigo,” the title track from Contigo: 25th Anniversary. Released in July, it was a deliberate attempt to recapture the production style and innocent feel of his vintage recordings such as Steel Rain. According to critics and fans, it worked; the set was his best reviewed record that decade.